**All shows 21+—valid ID required** Doors: 7:00 PM Show: 7:30 PMThe Bobby LeesIggy Pop, Blondie, Henry Rollins…just a few of the Punk icons who have shown support for Woodstock, NY based band THE BOBBY LEES. Their new album BELLEVUE was released on October 7th 2022 on Ipecac Recordings (The Melvins, Mr. Bungle, Faith No More) and was produced by multi-grammy winning producer and mixer Vance Powell (Jack White, Chris Stapleton, Beyonce). Their last album SKIN SUIT was produced by underground punk-legend Jon Spencer of the Blues Explosion and was released via Alive Naturalsound Records in 2020. Henry Rollins said “The Bobby Lees Skin Suit album is wild and different. I dug it immediately. Dangerous music is good for you”.https://thebobbylees.bandcamp.com/ 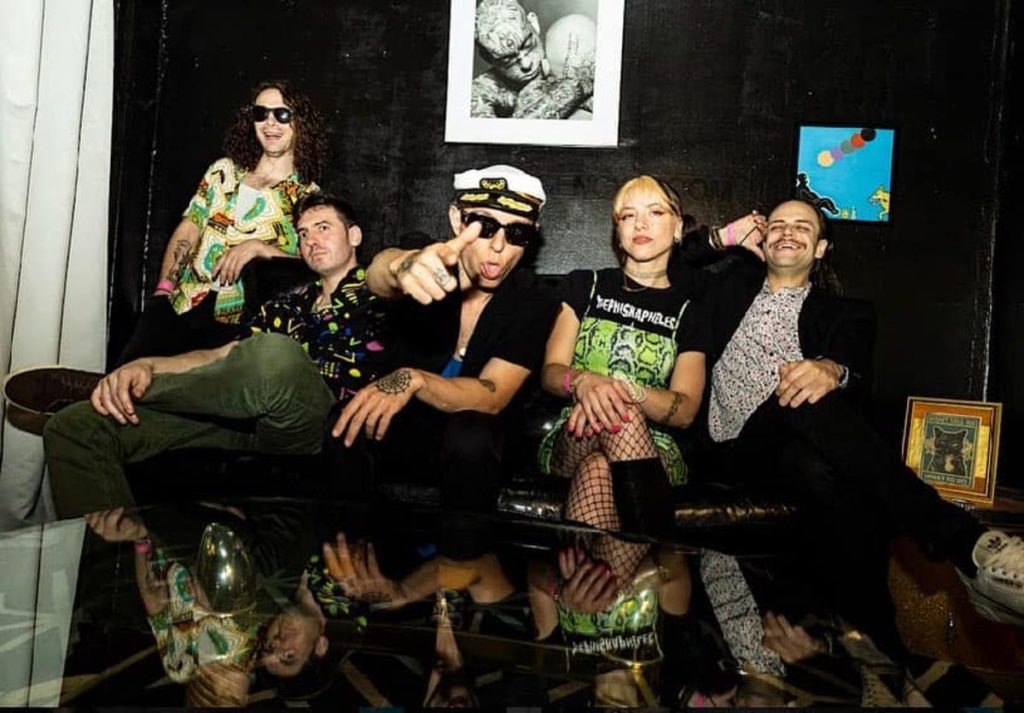 **All shows 21+—valid ID required**Doors: 7:00 PMShow: 7:30 PMCRAZY & THE BRAINSNew album ‘Where The Juice Drips’ out now. Recorded in Asbury Park,NJ with Pete Steinkopf of The Bouncing Souls. C&TB has performed in the US, Canada & Europe. Highlights include Punk Rock Bowling as well as tours with Leftover Crack, Negative Approach, Days N Daze, and The Bouncing Souls.https://crazyandthebrains.net/ King StrangTechy 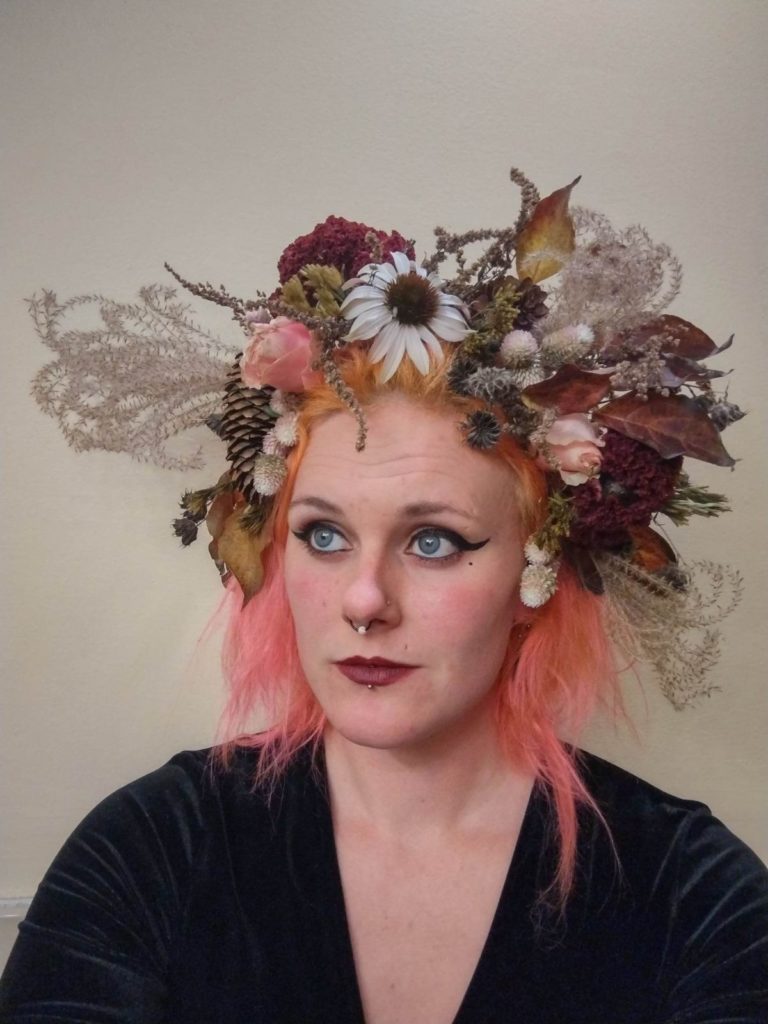 Riverside Odds ~ The Preps ~ The Revelatours 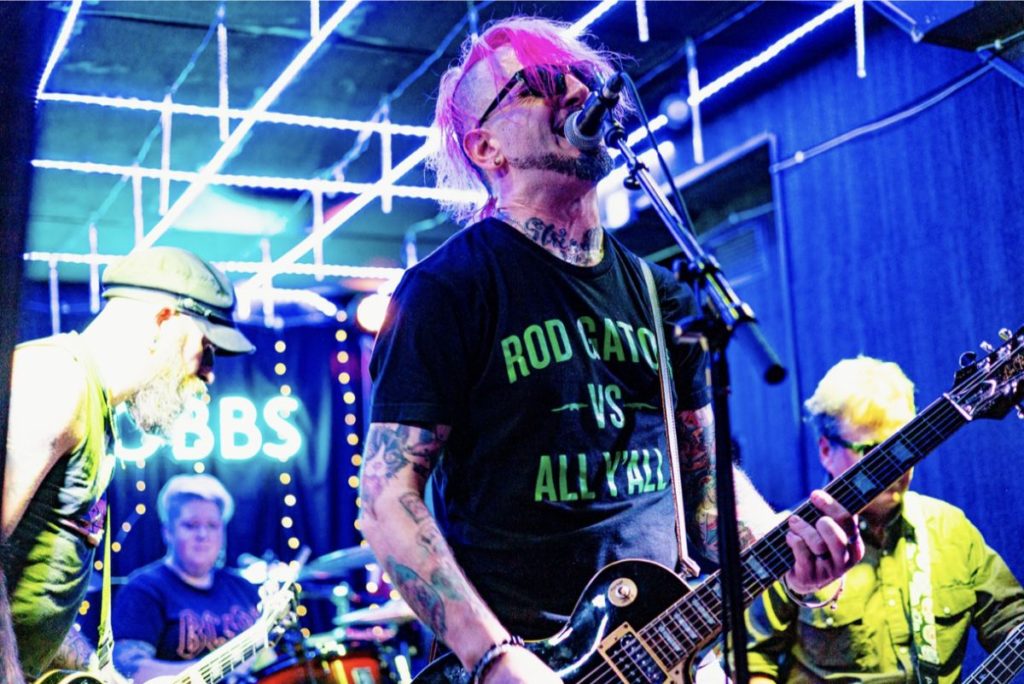 **All shows 21+—valid ID required** Doors: 6:00 PM Show: 7:00 PM Riverside OddsFormed in 2013 by RW Hellborn and Matty Cobra, Riverside Odds instantly made a name for themselves in the Philly punk community with their signature blend of fast and heavy punk- meets-blues riffs and an energetic stage presence. Throughout the band’s history whether it be playing songs about love and loss, or songs of defiance and decadence, Riverside Odds mission has remained the same: To have fun playing Rock-N-Roll with their friends. RW Hellborn – vocals / guitarMatty Cobra – lead guitar / backing vocalsG. Patrick Poli – bass / backing vocalsGinger Knight – drums / backing vocalsWebsite: https://riversideodds.comThe PrepsThe Preps were founded in 1996 as a punk band out of West Chester, PA. They began playing cover songs and have evolved and developed a signature sound over the last 2.5 decades that now features original music, punctuated by their recent 5-song EP, Second Story, released in 2019, that includes the live staples Unknown Night, Brass Knuckles 2, and Left Behind. Their style was influenced by punk bands of the 1990s like Goldfinger, Green Day, and NOFX and they have incorporated elements of those bands into their unique, energetic style that features fast, driving rhythms with shredding guitars and tight group play, topped off by vocal harmonies and lyrics that take you back to those fun times of high school and college. The Preps consist of Eric Schwenk on drums, Stephen Breslin on vocals and backup guitars, Bryan Schwenk on lead guitar and backup vocals, and Douglas Scherbak on bass and backup vocals. As the world’s pre- eminent suburban punk rock band, The Preps will convince you that punk is indeed alive and well.https://www.facebook.com/wcpreps/The RevelatoursThe Revelatours made up a word to name their band and we’ll make up many words to  ruin your night. Rock ‘n’ Roll!https://revelatours.bandcamp.com 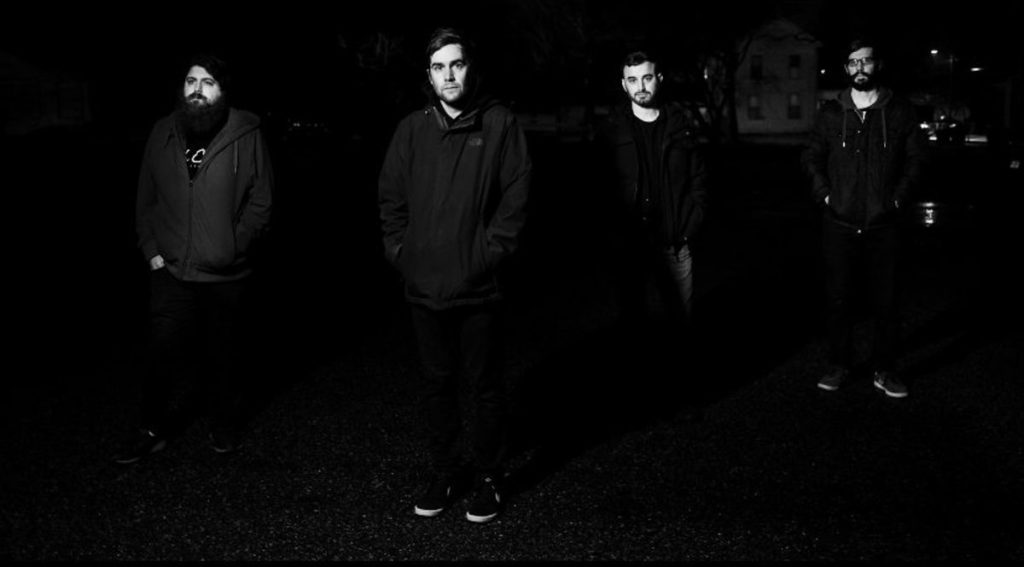 **All shows 21+—valid ID required** Doors: 7:00 PM Show: 7:30 PM Crossed KeysCrossed Keys is a band from Philadelphia made up of people who are really nice and want to see you happy…https://crossedkeys.bandcamp.com/Tired RadioTired Radio’s debut album, infuses volume, power and infectious choruses with the energy, independence and autonomy of punk rock to deliver blue collar, Americana flavoured anthem after anthem after anthem.https://pvr-tiredradio.bandcamp.com/Brackishsongs about new jersey from philadelphia since 2015https://brackish.bandcamp.com/ 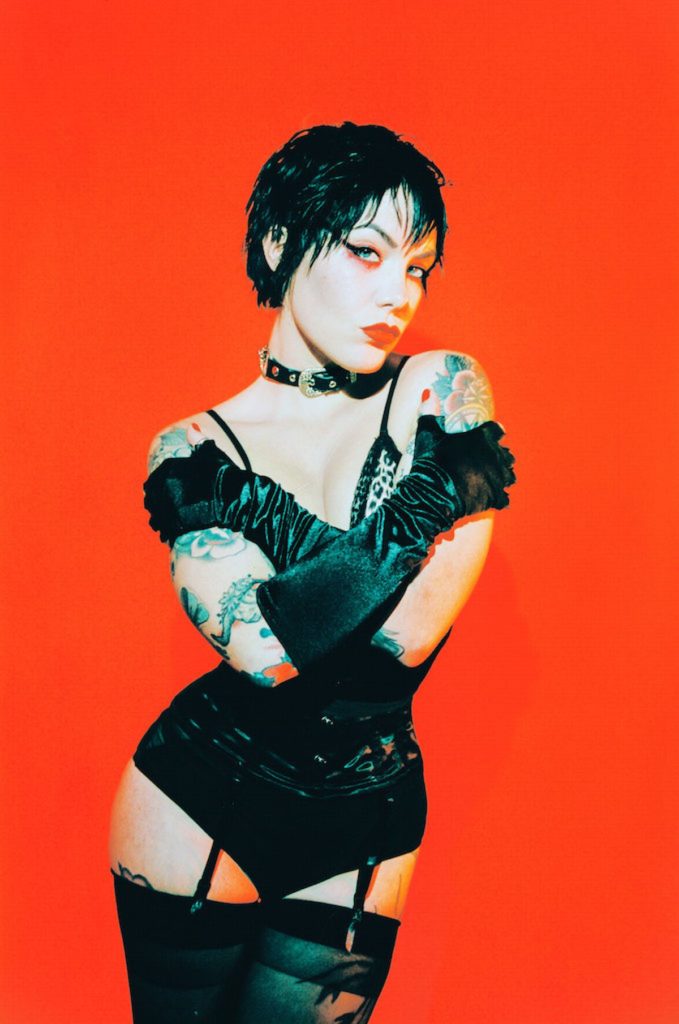 SUZI MOONSuzi Moon’s effortless channeling of classic ‘77 punk rock spirit with a modern twist continues to evolve and grow. This second twelve inch with Pirates Press Records picks up where her debut left off sold out before street date and the likes of Iggy Pop singing her praises on the BBC! https://suzimoon.bandcamp.com/TONE BANDITSBack alley Rock and Roll with a punk vibe and a Philly attitude.https://soundcloud.com/joe-bandit-998984113RIVERSIDE ODDShttps://riversideodds.bandcamp.com/

**All shows 21+—valid ID required**Doors: 6:00 PMShow: 6:15 PMCANCER BATSWith 17 years under their belt including 6 acclaimed studio albums, five Juno Award nominations, and countless tours around the globe, Canadian hardcore punk heavyweights, Cancer Bats are a well-known force within the world of heavy music. On their seventh studio album, PSYCHIC JAILBREAK (out April 15 via their own label Bat Skull Records in partnership with New Damage Records), the beloved metal stalwarts found themselves once again stepping into new territory as a band, writing and recording as a three-piece following the departure of founding member and guitarist Scott Middleton, while navigating a global pandemic. https://www.cancerbats.com/ War on WomenWar On Women is a co-ed feminist hardcore-punk band. Formed in Baltimore, MD in 2011, W.O.W.use driving riffs and in your face vocals that attack the listener both sonically and lyrically,penning catchy and confrontational songs that touch on rape culture, street harassment, thegender wage gap, transphobia, and other vitally pertinent social issues.http://www.bridge9.com/waronwomenSpacedhttps://spaced.bandcamp.com/releasesL.M.IL.M.I. stands for Lazy Middle-Class Intellectuals. Stoned noisey Punk/Hardcore from Lansdale, PA. https://lmiband.bandcamp.com/album/l-m-i-vulturepeak-split 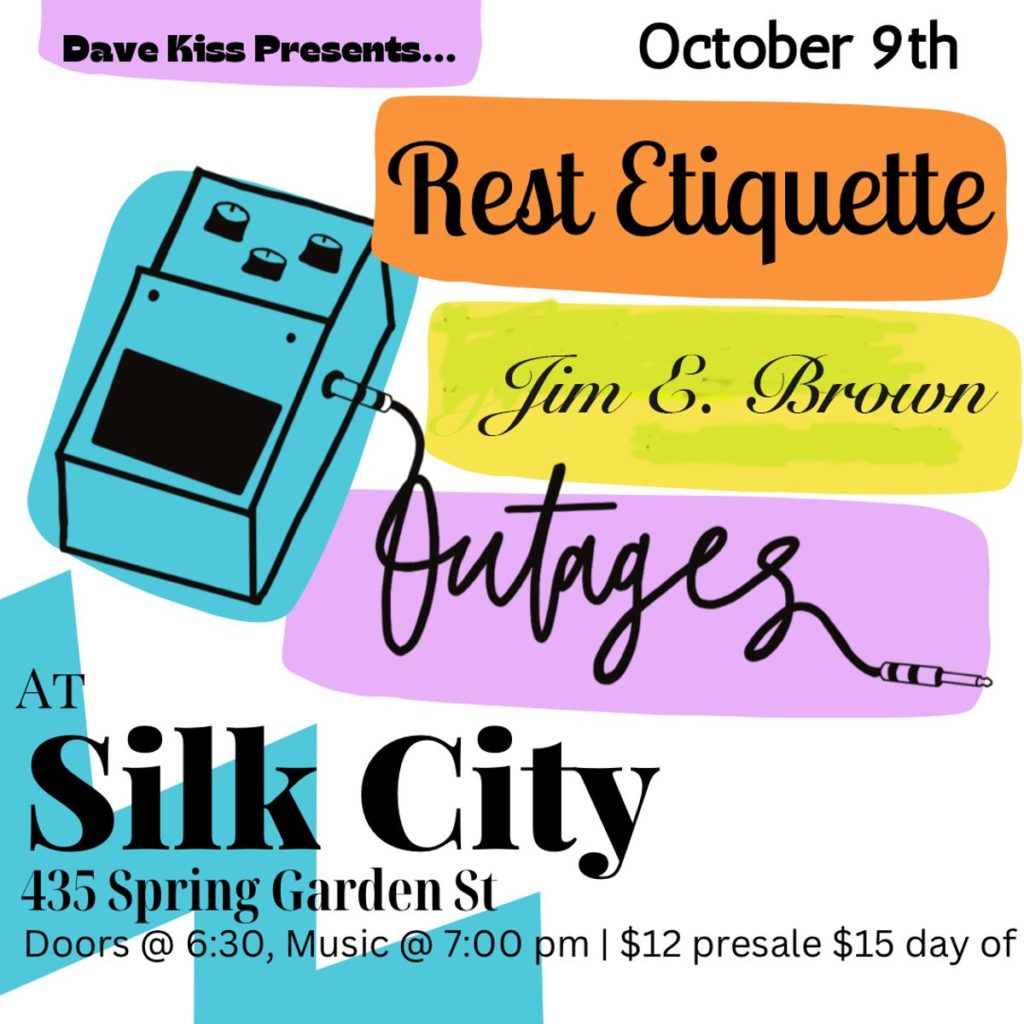 **All shows 21+—valid ID required** Doors: 7:00 PM Show: 7:30 PM WarhawksComprised of brothers John and Pat Bilodeau, cousin Matt Orlando and close family friend Tom Lipski, the Warhawks are a dynamic, blue-collared punk rock/alt-rock outfit from Gloucester City, NJ. Following a string of DIY releases, the band released their debut LP ‘Never Felt So Good’ in January 2019. Recorded, mixed, and mastered by Dave Downham (Into It. Over It.) at Gradwell House Recording, the album consisted of nine soaring punk alt-rock anthems that explored themes of love, hope, and desperation. ‘Never Felt So Good’ would go on to earn the band several accolades including 93.3 WMMR’s “Band of the Month” that following March, steady rotation of their song “Miracle” on top indie station 88.5 WXPN, and live appearances on WRFF Radio 104.5.  Through their relentless efforts, the band has toured the entire United States all the while cultivating a large, passionate fan base at home in the Northeast. They have also earned prominent opening slots for bands such as White Reaper, Sticky Fingers, July Talk, The Menzingers, Off With Their Heads, and Curls among others.  In the fall of 2019 the band returned to Gradwell House to record their six song EP ‘Stardust Disco’. After its release in February of 2020, the band toured throughout the Northeast and Midwest before being halted by the pandemic. spotify // facebook // instagram // bandcamp Lito and The Shepherds https://www.facebook.com/litoandtheshepherdshttps://www.instagram.com/litoandtheshepherdshttps://open.spotify.com/album/4Lov6l2ndiJIUJhIQcHyis?si=-IsAXnD2SROIbdpG5pQMzQhttps://litoandtheshepherds.bandcamp.com/ The Bronze Age https://www.facebook.com/thebronzeageCabana Wearcabanawearband.com