**All shows 21+—valid ID required** Doors: 7:00 PM Show: 7:30 PM FRENCH POLICEAs the project of Brian Flores, the band has been haunting fans with a blend of emotionally wrought post-punk since 2019 and their latest offering is no different. “Club de Vampiros” exudes a melancholy from its undulating synth pads and guitar line as a bouncy bassline carries the song to its end. French Police’s single captures the seduction of dancing in romantic, cavernous spaces filled with fog and a promise of eternity.https://www.instagram.com/frenchpoliceband/https://open.spotify.com/artist/75vqTLIltGApfI0NxcsJaCSTRANGE WEEKENDStrange Weekend is a high energy indie rock group channeling 2000s alternative through driving drums, aggressive basslines, and dancy distorted guitars. Through raw, loose, and energetic performances, the band have collected a following from the Philadelphia house circuit.https://www.instagram.com/strangeweekend_/?hl=enhttps://open.spotify.com/artist/61OWA8ENPgxw6Tnsd6HezZ?si=stzeIew5TXqoLfl7tlrsQg **All shows 21+—valid ID required** Doors: 7:30 PM Show: 8:00 PMBLOOD RED SHOESBlood Red Shoes have been busy. After years spent living on opposite sides of the Atlantic, world events threw them back together into what has become the must fruitful era of their 17 years together.  “It’s been a loooong time since we both lived in the same city”, explains Steven. “I mean we actually wrote this album in LA at Laura’s place, then came to the UK to record it…and then everything went nuts”.  Realising very quickly that they wouldn’t be able to release the album or tour until the world returned to some kind of normality, the band found their energies quickly spilled over into other projects. Laura-Mary started a podcast, Never Meet Your Idols, with her best friend in LA, interviewing everyone from Zack Snyder to Mark Lanegan to CHVRCHES. It is now about to start its third season. Steven started applying his love of electronic music by writing and producing other alternative artists like Circe, ARXX, Aiko and XCerts, racking up millions of streams in the process. MZ. NEONMz Neon is a genre-bending musician, multi-instrumentalist, songwriter, producer, and multimedia artist using performance and lyrics to express her sexuality as a trans woman and defy misconceptions about herself and anyone who identifies outside of the binary spectrum – both gender wise and ideologically. A lyrical provocateur, Neon confronts issues of identity, sexuality, politics, spirituality, and lived experiences as a trans-femme-fatale. She is a triple threat of sharp wit, hypnotic sensuality, and musical virtuosity. Neon commands an elegantly tough, yet unapologetic ownership, of her visceral vulnerability ─ on and off the stage ─ to local and international audiences alike. Born in Boston, MA, Neon moved to New York City after high school where she spent over a decade performing in a number of bands and working in fashion as a couturier, before relocating to Los Angeles in 2017. Neon performs extensively in the U.S. and internationally, being billed alongside acts such as Hercules & Love Affair, My Life With The Thrill Kill Kult, Azealia Banks, Martin Rev of Suicide, and Egyptian Lover, among others. For more info, click here for an interview with Mz Neon discussing her sound, meaning behind the title of her Queen Hyena series, themes and topics in her music, instruments she plays, other art forms she’s into, her creative and writing process, what performing live means to her, who/what has influenced her, her connection to Beyoncé, Debbie Harry and Sex and the City, and the journey she’s been on ─ from growing up a loner queer kid in the suburbs of Boston, to living in New York City for over a decade and working at style icon Patricia Field’s eponymous boutique while playing in a number of bands; up to now, fully embracing her experience in Los Angeles and officially releasing her debut rap EP series in 2020.https://linktr.ee/mzneon 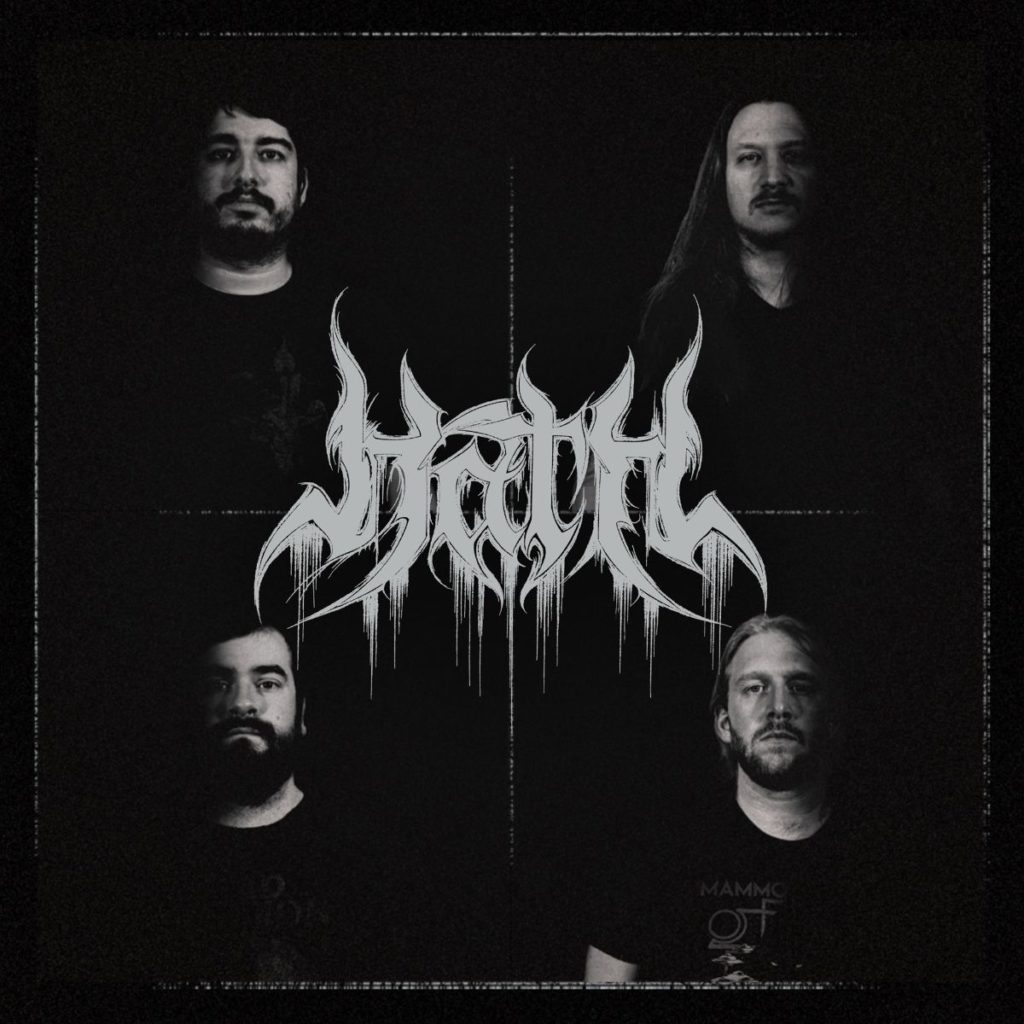 Doors: 7:00 PM Show: 7:30 PM **All Ages**Sammy AdamsSammy Adams is a platinum selling rapper, singer, and songwriter. Adams started recording songs on his Macbook in 2008 from his college dormitory room. Over the course of the next two years, he recorded a large amount of material that would be used on his later releases. He was always told it was a “pipe dream” and practically impossible in this day and age without signing a major deal. In early 2009, he emerged into the music industry with his release of “I Hate College (Remix)”, a remix of Asher Roth’s “I Love College”, on YouTube which went viral. He was asked across the country to open for Drake, Kid Cudi, Big Sean, Wiz Khalifa, Snoop Dogg, Mike Posner, Currensy, and Tiesto (to name a few). He released his first ever EP, Boston’s Boy, on March 4, 2010, which debuted at number one on the iTunes hip – hop chart within hours of dropping. His song “Driving Me Crazy” which sampled Annie Lennox’s hit “Walking on Broken Glass” hit #8 on iTunes hip – hop singles chart. The EP managed to reach #73 on The Billboard 200 without marketing, a label, or any push. In the end of June 2010, Adams travelled to London, UK to finish his first mixtape, Party Records. It was the first of its kind, a musical mash up of his favorite electronic sampled beats from producers like Deadmau5 (“Some Chordz”) and Yolanda Be Cool (“No Speak Americano”), as well as many others. After dropping out of school to chase his dream, he sold out two full tours after declining record deal’s from virtually every major label in the United States. On August 8th, 2011, Adams performed at Lollapalooza in Chicago, and it solidified his place in the music industry. Shortly after that Adams signed a substantial record deal with Sony RCA in New York City, began dropping singles with Mike Posner, Enrique Iglesias, and made his TV debut on Conan with Conan O’Brien. As if life couldn’t get any more surreal, Adams penned a song entitled “All Night Longer” in 2012 which took his touring to the next level. The Gary Glitter sampled song (which currently has amassed 82 million streams on Spotify alone) quickly became his most successful song of all time. As soon as the song started at the venues he was playing, chaos ensued (in a good way). On November 12th, 2012, Adam’s ended his tour at Roseland, NYCs coveted 5,600 – person venue, and shortly after made the move to Los Angeles. Being the east coast boy that he is after 2 years moved back east and settled back in Manhattan, NY. In 2015 Sammy took a break from touring and focused on his writing and production skills. danny Gdanny G is a Denver bred, Nashville based pop/hip – hop artist turned content creator. The young up and comer defies genre limits, drawing inspiration from top pop acts such as Charlie Puth while at the same time harnessing influence from rappers including 24kGoldn and Jack Harlow. Danny pushes authenticity and love as he aims to inspire those who come across his artistry to be themselves and embrace their imperfections. The recent college graduate garnered the attention of crowds In 2019, putting out records with Xuitcasecity, Cam Meekins, and even hitting the studio with Gym Class Heroes front man, Travie McCoy. Since then Danny has built an audience who cherish his outlook on life and rely on the community around his brand for support. During the pandemic, Danny took to TikTok and built a following across several accounts of over 1.1 million. Fans flock to danny for sports skits, music, and general humor. Since launch, Danny has garnered over 3 million streams, several million followers, and has been written about in Forbes, Lyrical Lemonade, AdWeek, Complex, and more.